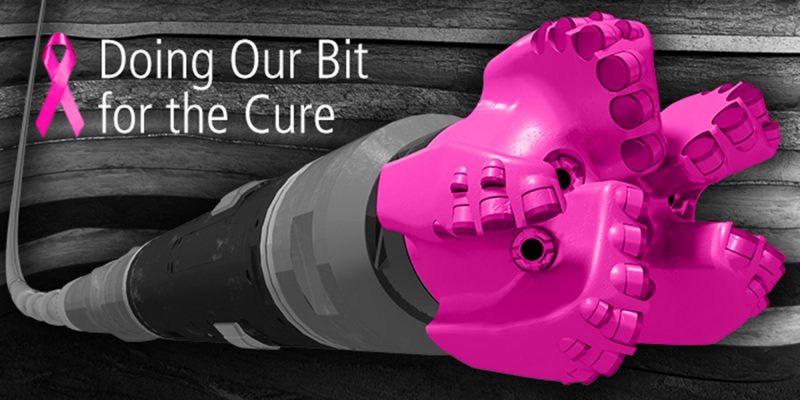 2014, Susan G. Komen partnered with Baker Hughes, a leader in hydraulic fracturing equipment, to raise breast cancer awareness among (mostly male) oil field workers. Baker Hughes donated $100,000 to the Foundation, then painted 1000 drill bits used in fracking the specific shade of pink trademarked by Susan G. Komen. Given the carcinogenic nature of fracking chemicals, the cost involved in painting pink these many drill bits, and the cost of the Baker Hughes’ marketing campaign (versus the monetary benefit to breast cancer awareness and research), this activity becomes silly, if not ethically questionable.

Bad design is frustrating, dull, or unpleasant. It is the itch at the back of your throat. It is an obstacle instead of an enabler. Bad design is more than meaningless decoration. Bad design can cause harm — emotional, physical, social, intellectual; it creates negative outcomes or situations. It obscures. It deceives.

So, what is design?

For many, and quite unfortunately, design is synonymous with ornament, style, decoration, or pattern. The shadows made by leaves on a wall are thus described, by some, as a design instead of an attractive pattern in light and dark.

Identifying naturally-occurring phenomena as design places nature or the divine in the role of active creator, with the potential consequences that all perceived entities then become design. Designers have attempted to narrow this definition of design to any physical result of some kind of plannedhuman activity, thus positioning naturally or nonintentionally occurring phenomena (independent of their aesthetic value or perceived intentionality) outside the design field.

To some, design is pretty pictures, determining its value solely in terms of the quality of its form (or its aesthetics). But design is, in fact, much more than form or aesthetics.

(Can we define design without even a brief foray into history? I think not.)

Though form quality is an important concern to designers, most practicing designers would argue that aesthetics are not the primary focus of their work but are, in fact, subservient to a wide range of other factors (the functionality or usability of the artefact, for example). Most late 20th century designers (and many of the 21st) would argue, instead, that concerns over form should follow concerns over function.

This discussion — of form vs. function — has its origins in the tensions that emerged out of industrial manufacturing. At the end of the 19th century, mass manufactured products became more widely and more cheaply available. Production quality decreased, and came under increased scrutiny. Many considered the newly mass produced objects to be overly decorated (in an attempt to make them appear more familiar and mask their manufactured origin). In a counter movement, William Morris, Arthur Macmurdo, John Ruskin, and others argued for a celebration of natural forms, a truth to materials, and a return of the artisan (both designer and creator). Two schools of thought emerged: one that argued for a revival of classical forms and one that argued for a return to agrarian regional design.

In my humble attempt to extend Weitz’s argument, I propose that aesthetics have function: that form and functionality are so intricately intertwined that it is impossible to speak of one independent of the other. While Sullivan’s (and Weitz’s) statements suggest a positive value to both form and function (good form follows good function), my argument relies on the notion that when form exists, so does some kind of function, and vice versa. Whether they exist for good, and what kind of good they exist for, calls for further interrogation.

It is more accurate to describe design as a series of subdisciplines and professions, all with a diverse set of practices, tools, and traditions. Most design fields have a rich history, with ongoing theoretical developments and debates. Most offer and require extensive and specialized training, either institutionalized or through practicum. Some design fields have an extensive academic underpinning and have made valuable multi and cross disciplinary partnerships, while others are squarely grounded in industry practice.

With its close relationship to drawing, design has also been described, more simply, as the plan or sketch for something to be created or constructed at a later date, as well as to “plan out in the mind”(Mirriam-Webster). Jorge Frascara’s definition of design focuses on it as action — the product as a final step of a journey (often called design process):

to invent, to project, to program, to coordinate a long list of human and technical factors, to translate the invisible into the visible, and to communicate.

Paul Rand’s definition highlights a view of design as a discipline in service to the needs of others, a view that has gained much prominence and buy-in over the past twenty years:

Graphic design — which fulfills aesthetic needs, complies with the laws of form and the exigencies of two-dimensional space; which speaks in semiotics, sans-serifs, and geometrics; which abstracts, transforms, translates, notates, dilates, repeats, mirrors, groups, and regroups — is not good design if it is irrelevant.

Herbert Simon’s definition attempts to encompass all the above-mentioned definitions: to design is to

[devise a] course of action aimed at changing existing situations into preferred ones.

While for Simon design is a science and the pursuit of design a scientific activity, Richard Buchanan roots design in the humanities: a contemporary form of rhetoric. The scientific perspective focuses on the empirical study of the effects of design activities and artefacts on people. The rhetorical perspective sees design products as “vivid arguments about how we should lead our lives”. Thus, design practice and scholarship, according to Buchanan, should act as facilitators who “organize conversations and debates about the values of a community and how those values may be implemented with productive results.” Simon’s position on design stands in contrast to that of Buchanan, together offering a useful snapshot on contemporary design. For Nigel Cross, design is neither science nor humanities, but its own category, with its own, designerly, ways of knowing.

Carl DiSalvo argues that design possesses three characteristics, regardless of whether you support Simon’s, Buchanan’s, or Cross’ views:

It strikes me that DiSalvo’s characteristics pose a number of critical questions for designers, those who think about design, and those who engage designed artefacts.

How do we determine whether a design is intentional? Is this a binary characteristic, based solely on whether it is a deliberate, human act? Or, can the level and type of intentionality vary, be subsequently discussed or evaluated? Do characteristics act upon one another?

If we agree with DiSalvo that all design has a political, moral, and ethical dimension, is there an — assumed — connection between it and intentionality? Do we question designers about the political, moral, or ethical position held, demonstrated, or supported through their design? Or should we? Furthermore, as design has “accessible tangibility”, should as well the positionality of its intention?

Is design — like literature — relative, subjective, or agnostic? Are there no value distinctions in design; can anything be called good design, as long as it is intentionally created by human beings, it is normative, and tangible? Or is design value subjective; is its evaluation a purely personal matter? Is there a greater truth about good design that, while exists, our subjective value systems prevent us from knowing it? Is good based on usefulness or functionality; and are usefulness and functionality only valuable through tangible, measurable outcomes?

Are all opinions on design created equal, or are some more valuable than others? Ones, for example, emergent out of a designerly expertise and capable of building a valid case for an evaluation?

There is a value judgement — sometimes unspoken and at times transparent — placed within the definitions of design outlined at the start of this chapter. Consider in Frascara, for example, a designer does not merely invent, translate, and communicate, she must do so well.

Rand, Simon, and Buchanan are more direct, describing good design as one that is “relevant” (Rand), that creates “preferred” states (Simon), and that argues for better ways to “lead our lives” (Buchanan).

Dieter Rams believed that design could not be measured in a finite way; instead of a quantifiable metric, he proposed ten features of good (product) design: innovation, usefulness, aesthetic value, understanding, unobtrusiveness, honesty, endurance, thoroughness, environmental friendliness, and simplicity.

What is good design?

Building on these historical definitions, I propose not only that good design does exist, but that we should consider two additional characteristics to the three outlined by DiSalvo and ten developed by Rams: good design as nourishing and good design as veracious.

Nourishing design leaves a mark in our memories and hearts: it plants a seed, then grows. It is “not an expression of my beautiful soul” (a phrase sometimes used by University of Alberta’s Professor Gary Kelly). It challenges, but through that challenge it is of use. Design at its best is transformative; it combines aesthetics, emotional engagement, and functionality to spur metamorphosis and growth.

Veracious design is transparent about its origins, positionality, and privilege. It acknowledges that all design is iterative — it can always be subject to critique, contextual development and change. Thus, through its welcoming of iteration, veracious design becomes accountable.

{Originally published as: Radzikowska, Milena. Looking for Betsy: A Critical Theory Approach to Visibility and Pluralism in Design. Diss. University of Alberta, 2015. Print.}

I teach, design, and research as a feminist scholar, usually located in Calgary, Alberta, Canada. I am on twitter as @DrRadzikowska.