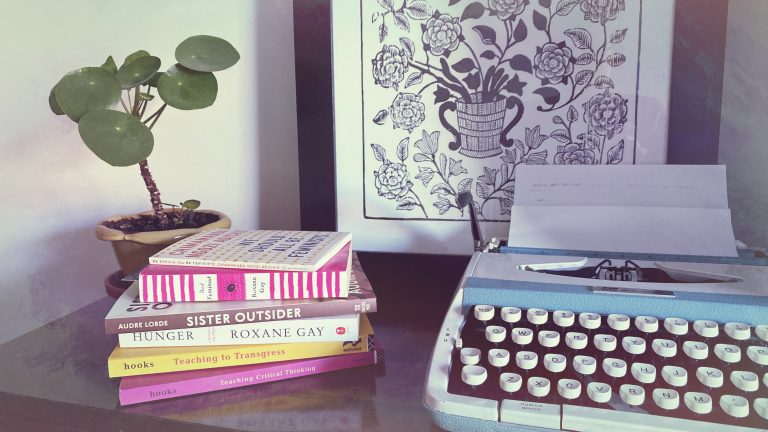 Countless brave acts and collective actions have followed the murders of George Floyd, Breonna Taylor, Ahmaud Arbery, Regis Korchinski-Paquet, D’Andre Campbell, Tony McDade, Riah Milton, Dominque “Rem’mie” Fells, and too many others. Millions of people have participated in the 2020 Black Lives Matter protests in the US, and thousands joined across Canada, protesting our own, equally deadly, ongoing, and systemic forms of racial injustice.

In my communities, many of us have come face to face with the ways that our disciplines and institutions have upheld and maintained—and continue to uphold and maintain—racism, discrimination, and oppression. More importantly, we’ve had to face how we are part of and benefit from these systems. Design is built on the invisible labour and unacknowledged history of our BIMPOC colleagues. More so, design and designers use their skills to construct the artifacts that communicate, promote, obfuscate, and direct racist policies and practices, as well as cement white privilege—from the monuments lionizing slavers to the anti-homelessness spikes on public benches and the history publicized by Canada’s Heritage Minutes, which has too often been whitewashed. Those of us who teach designers, teach designers how to do it.

Communities have come together to educate and become educated about racialized violence, and the causes and consequences of systemic forms of racism. My own journey has most recently included having had the privilege of listening to Dr. George Elliot Clarke, Dr. Afua Cooper, Idil Issa, Ras Rico, Neil Donaldson, Dr. Malinda Smith, Dr. Handel Kashope Wright, and Matt Thomas through a panel on An African Canadian Response to the Pandemic and International Uprisings, moderated by Dr. Valerie Mason-John (hon.doc) M.A, author of I’m Still Your Negro: An Homage to James Baldwin, and co-editor of The Great Black North: Contemporary African Canadian Poetry, British Columbia. I would call on all designers to watch this presentation at this vital moment in history. I’ve learned from such generous resource collections as bit.ly/ANTIRACISMRESOURCES, Harvard’s Anti Racism Reading List for Designers, and seen numerous communities use social media to combat silencing, manipulation, and misinformation. I am grateful for this generosity, and commit to ongoing education, knowing that I still have much to learn.

MRU has benefitted from statements from Sociology and Anthropology, Journalism, and others; the formation of the Mount Royal Anti-Racism Coalition (@MRUAntiRacism); a courageous statement by Black student athletes calling out MRU’s culture of racism and discrimination, and the subsequent creation of Racial Advocacy at MRU (@RacialAdvMRU), a community of students seeking equality for MRU’s BIPOC students.

But for every positive action, we are witnessing self-serving reactions aimed at maintaining the status quo. While the last thing I want is to amplify irrational arguments through attention, I also know that staying silent is, in effect, an act of tolerance.

And I am appalled—by racism deniers; by people using public platforms to bully and belittle, by those leveraging their positions to uphold oppression and maintain white dominance; and by those denying the systemic violence committed towards First Nations, Métis, Inuit, Black Canadians, Afro Indigenous, and recent immigrants from communities of colour.

I stand with my students and colleagues in support of the Black Lives Matter movement—at MRU and in communities across Canada and the US—knowing that the fight for BIMPOC rights and lives has been ongoing for centuries, with far yet to go in making meaningful change and visible progress. I also recognize that Canada has its own racist history, and that it continues to benefit from oppressing and subjugating Indigenous communities—from RCMP’s military occupation of unceded land, to the abduction of Indigenous children, government refusal to ensure access to essential services and resources (such as water) within Indigenous communities, to the continued exploitation of Indigenous lands by resource development companies, and the staggering rates of violence against Indigenous women and girls.

As part of the qCollaborative, my colleagues and I are revisiting the Lab’s foundation in and commitment to the practices and values of black feminist activism and Indigenous, intersectional, queer, and trans inclusive feminism. I continue to educate myself and others on these crucial matters, listening to and learning from the racialized and marginalized voices that have been speaking for years.

I understand that supporting social justice movements requires tangible, ongoing action. In addition to the commitments made by qLab, and specific to my role as a design educator, I am:

Kelsey McColgan, who also teaches in Information Design at MRU, pointed out the following (posting with her permission):